Yesterday I made my way down to Australia’s oldest registered distillery to learn the Beenleigh Artisan Distillers story.

When thinking about Australian Rum, many people only know about the Bundaberg brand. Many people are missing out, if the haven’t tried the Beenleigh Rum range. As the Beenleigh Distillery (registered as Inner Circle Distillery) is only a short drive from central Brisbane, it would be great to see more people learning the history of this distillery.

Your tour starts by leaving the bar/showroom and heading out towards the big red shed. As you make your way, you learn about the SS Walrus, where the first copper pot still came from.

You will also hear about one of the key ingredients used, this being molasses, sourced from the last family owned sugar mill in Australia.

You will be taken up the stairs to a walk way between the 2 mixing tanks and 6 metal fermentation tanks.

The mixing tanks will combine the rain water, molasses and yeast before moving into one of the fermentation tanks, where it will be left for 3 days. During fermentation the yeast will react with the sugar from the molasses to create carbon dioxide and alcohol. This low alcohol mixture is called wash.

The wash is pumped into the column still and heated for 12 hours to turn the alcohol into vapours while leaving the water and waste behind. The vapours travel long a pipe and into a condenser, that will cool the vapours back into a liquid form. This liquid then travels to a copper pot still to be redistilled.

After the second distillation, the spirit will be left to age. Depending on the spirit they are making, depends on how it is aged. The rooms next to the stills, are the homes to the old vats that store the white rum. Some of these vats are over 100 years old. 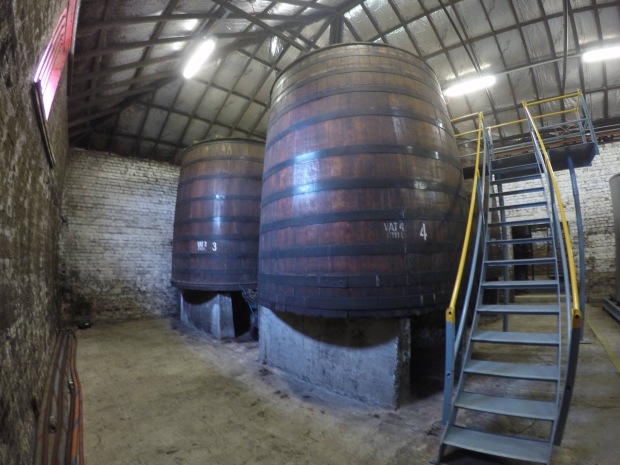 The other rums are aged in a different area, which is where to tour leads to next. Inside the warehouse near the bar/ showroom is the second aging area. In here are many vats and barrels of different sizes. Some rums are stored in the vats, before being aged in ex-bourbon barrels. Some limited edition rum has been aged in ex-brandy vats and then ex-port barrels. 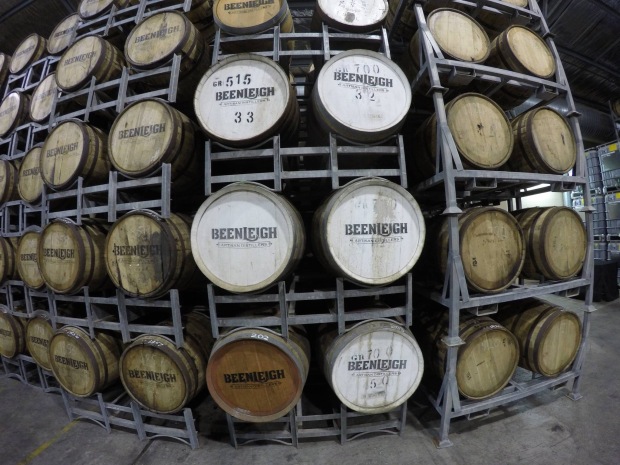 The warehouse is also storing some experimental trials that we may later find out about. I did hear of an exciting new product they will be releasing soon!

After the tour, you may take part in a tasting of the range. 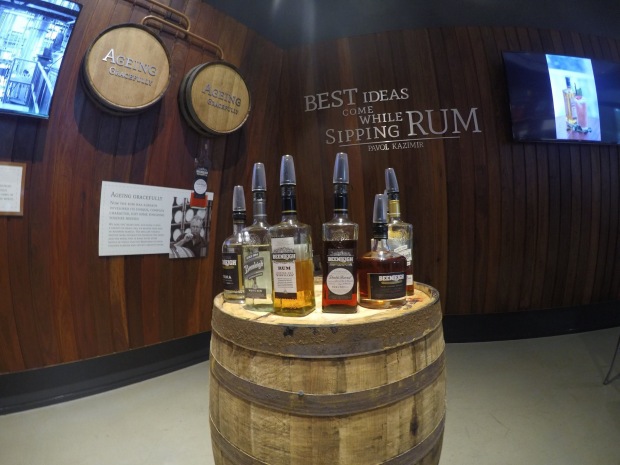 If you are hungry or feel like another drink, they can cure your hangry or thirst.

If you haven’t been, I do suggest going. The history is very interesting to learn about.
Beenleigh Artisan Distillers details…